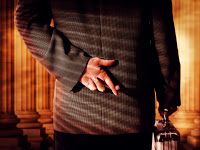 The California Supreme Court has conclusively ruled that non competition agreements with employees are invalid in California. The August 7, 2008 decision in Edwards v. Arthur Andersen LLP put to rest the notion that there might be a narrow restraint exception to the bar contained in Business and Professions Code section 16600, as suggested by the Ninth Circuit in Campbell v. Trustees of Leland Stanford Jr. Univ, 817 F.2d 299 (9th Cir. 1987).
Section 16600 provides: “Except as provided in this chapter, every contract by which anyone is restrained from engaging in a lawful profession, trade, or business of any kind is to that extent void.” Other sections provide statutory exceptions for agreements in the sale or dissolution of corporations (16601), partnerships (16602) and limited liability corporations (16602.5).
Some have argued that section 16600 is the statutory embodiment of common law, and must include the common law’s rule of reasonableness. (For an exposition on the rule of reason, see the New York Court of Appeals decision in BDO Seidman v. Hirshberg, 93 N.Y.2d 382 (1999).) Such arguments led the Ninth Circuit to conclude that California courts would recognize an exception to section 16600, as explained in the Campbell case and more recently in IBM v. Bajorek, 191 F. 3d1033 (9th Cir. 1999). The Supreme Court firmly rejected that notion: “We reject Andersen’s contention that we should adopt a narrow-restraint exception to section 16600 and leave it to the Legislature, if it chooses, either to relax the statutory restrictions or adopt additional exceptions to the prohibition-against-restraint rule under section 16600.”
The agreement at issue in the Edwards case barred an Arthur Andersen accountant from performing accounting services for any Arthur Andersen client on whose account he had worked for 18 months after termination of employment, and from soliciting work from any Arthur Andersen client for a year. According to the Supreme Court, that restricted Edwards’s ability to practice his accounting profession, and was, therefore, invalid.
The Supreme Court expressly declined to address a possible exception to section 16600 for agreements designed to protect an employer’s trade secrets. A 1965 Supreme Court decision said that non competition agreements were invalid, “unless they are necessary to protect the employer’s trade secrets.” Muggill v. Reuben H. Donnelley Corp., 62 Cal.2d 239, 242 (1965). Court of Appeal decisions have upheld restraints on employees narrowly drawn to protect trade secrets. See, e.g., Metro Traffic Control, Inc. v. Shadow Traffic Network, 22 Cal. App. 4th 853 (1994). It remains to be seen whether those decisions will survive the Edwards decision.