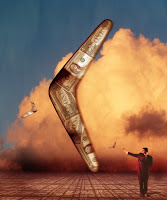 Two recent verdicts from California Superior Court juries illustrate the risk of retaliation liability that arises in the wake of employee complaints about mistreatment. It is not uncommon for employers to prove that a discrimination, harassment or other employment claim lacks merit, only to be held liable because the complainant suffered adverse employment consequences after complaining. An employee who files a complaint in good faith (even if it turns out to be unfounded) is protected from retaliation.

In one case, a state correctional officer claimed to have been discriminated against and harassed because of her sexual orientation and disability. She also alleged that her supervisors retaliated against her for complaining about their actions. The jury decided that the supervisors had not engaged in unlawful harassment or discrimination, but awarded the officer $800,000 on the retaliation claim, all for non-economic, that is, emotional distress damages. The court also awarded attorney fees of $442,400 and costs of $60,123. Mootz v. Department of Corrections and Rehabilitation, Case No. 05AS04214 (Sacramento Superior Court 3/27/2008).

In the second case, two sales persons alleged that they had complained to their employer about various wage and hour practices, and were terminated as a result. They recovered a combined verdict of $840,400. Boren v. Global Medical Mobile Diagnostics Inc., Case No. BC356430 (L.A. Superior Court 5/22/2008).

All employment laws prohibit employers from taking adverse employment action against employees for engaging in protected activity. Protected activity includes complaining about or opposing practices forbidden by the statutes and participating in investigations of prohibited conduct. Adverse employment action includes termination, failure to promote, punitive transfers and other actions that have a material impact on the terms and conditions of employment.

To establish a prima facie case, the employee need only establish that he or she engaged in protected activity and suffered adverse employment action, and that there was a link between the two. To establish the link, it is enough to show that the adverse action followed closely on the heels of the protected activity. Such a showing then places the burden on the employer to establish that it had a legitimate reason for the adverse employment action. If the employer provides evidence of a legitimate reason, the burden shifts to the employee to prove that the given reason was a pretext for retaliation.

A successful plaintiff in a retaliation case may recover any economic loss, damages for the emotional distress from experiencing retaliation, punitive damages (if the retaliation was egregious), and, under most employment statutes, attorneys fees.

What Employers Should Do

To navigate between the Scylla of a large damages award and the Charybdis of not taking action against a poor-performing employee who happens to have complained, employers must adopt good documentation practices. Such practices will prevent corrective measures from boomeranging and exposing the employer to liability.

1. Make sure that each employee’s personnel file includes a job description acknowledged by the employee. This will avoid disagreement over job duties if an issue arises about an employee’s ability to continue working.

2. Develop a set of written performance expectations for each employee. This will avoid an employee’s argument after being subjected to adverse employment action that he or she never understood what was expected.

3. Insist on honest annual performance evaluations. This will avoid an employee’s argument that nobody ever told him or her that there were performance issues.

4. Document every communication with an employee about performance or misconduct, no matter how minor. This will avoid a possible argument that it never happened.