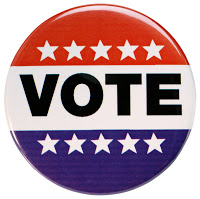 Election Day is Tuesday, November 4, 2008, and with it come concerns for employers. Here are some things to keep in mind:

1. Employees are eligible for paid time off for the purpose of voting if they do not have sufficient time outside of working hours to vote. Since voting hours are from 7:00 am to 8:00 pm, most employees will be able to vote outside of working hours. Employees can be given as much time as they need in order to vote, but only a maximum of two hours is paid. Employers may require employees to give advance notice that they will need additional time off for voting. Employers may require time off to be taken only at the beginning or end of the employee’s shift. Employers must post a notice of the time off entitlement 10 days before November 4. Sample notices are available in English and Spanish from the website of the California Secretary of State.

3. In February 2006, a San Diego County employee filed suit under the Labor Code provisions. She alleged that her manager fired her after seeing a bumper sticker for “1360 Air America Progressive Talk Radio” on the woman’s car. There have been no reports of the disposition of the case. An article on the lawsuit appeared in the North County Times on March 8, 2006.

4. In October 2003, the Second District Court of Appeal reinstated a newspaper columnist’s claim under the Labor Code provisions. He alleged that he had been fired in retaliation for supporting Antonio Villaraigosa on a local radio show during the 2001 mayoral election, and criticizing Congresswoman Maxine Waters for supporting James Hahn. Although the newspaper could control what the columnist published in its pages, it could not subject him to adverse action for views expressed in other forums. Ali v. L.A. Focus Publication, Case No. B159820 (Cal. Ct. App. Oct. 31, 2003).