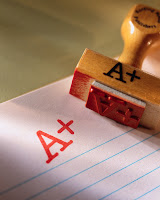 Employers who want good employees who are able to perform their jobs often engage in some form of pre-employment testing — a typing test, a personality test, a test that measures knowledge needed on the job, and so on. It should come as no surprise that disappointed applicants may challenge such tests as discriminatory.

The federal Americans with Disabilities Act and the California Fair Employment and Housing Act prohibit employers from requiring applicants to undergo medical examinations before an offer of employment is extended. Once the employer has made an offer, it may condition the start of work on submission to a medical examination that tests whether the employee can perform the job. A “medical examination” is a procedure or test that seeks information about an individual’s physical or mental impairments and health, including vision tests, blood tests, blood pressure and cholesterol screening, range of motion tests and psychological tests designed to identify mental disorders or impairments. Examples of procedures that are not medical examinations (and are, therefore, allowed at the pre-employment stage) are: testing for illegal drugs, physical agility tests, tests of ability to perform actual job tasks and tests that measure personality traits such as honesty, preferences, and habits. The EEOC has published a guidance that discusses the rules.

Sometimes the distinction between a prohibited and a permitted examination is a fine one. In Karraker v. Rent-A-Center, Inc., 411 F.3d 831 (7th Cir. 2005), the employer had management applicants take the MMPI, a standard psychological test that considers where the subject falls on scales measuring depression, hypochondriasis, hysteria, paranoia and mania. Although the employer argued that it was only concerned with personality traits, the court of appeals ruled that the MMPI was a medical examination because it was designed to reveal mental illness. Read the full opinion here.

Both Title VII of the Civil Rights Act of 1964 and the California Fair Employment and Housing Act prohibit disparate impact discrimination, which means the use of neutral tests or selection procedures that have the effect of disproportionately excluding persons based on race, color, religion, sex, or national origin or other protected characteristics, where the tests or selection procedures are not job-related and consistent with business necessity.

For example, the EEOC obtained a $3.3 million judgment on behalf of 52 female job applicants not hired because they failed a 7-minute strength test that required them to carry 35-pound weights back and forth, lifting them to heights of 35 and 65 inches. More than 95 percent of male applicants passed, but fewer than 40 percent of female applicants passed. Because the employer did not prove that the test was sufficiently representative of actual job performance in its sausage packing operation, it was liable for disparate impact discrimination. EEOC v. Dial Corp., 469 F.3d 735 (8th Cir. 2006).

In a landmark United States Supreme Court decision, the employer required applicants to have a high school diploma for a certain plant position. That policy disproportionately discriminated against African Americans because their rate of graduation was twelve percent compared to a rate of thirty-four percent for whites. Since the evidence did not establish that the requirement was significantly related to successful job performance, the employer was liable for disparate impact discrimination. Griggs v. Duke Power Co., 401 U.S. 424 (1971).

What You Should Do

1. Prepare a detailed job description before you begin the hiring process for any position.

2. If you are concerned about physical or mental requirements of a job, make those the subject of post-offer testing. Do not attempt to screen out applicants yourself based on strength or personality tests, Even though such tests may be permissible, it would be very easy for a disappointed applicant to claim that your testing had crossed over into an impermissible medical examination.

3. If you wish to use tests of knowledge or intelligence, or academic qualifications to screen out applicants, have a professional validate your screening criteria. If challenged, you will have to prove that the criteria are significantly related to successful job performance.