On The Clock Or On Your Own 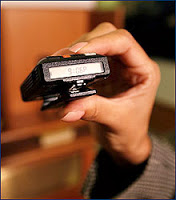 A recent decision in a class action by limousine drivers against their employer reminds us that sometimes employers may have to pay their employees for doing nothing. The Second District Court of Appeal in Los Angeles directed the trial court to consider whether the class of drivers should have been paid for gap time, which is what the drivers called their on-call time between assignments. Ghazaryan v. Diva Limousine, Ltd., Case No. B201509 (Dec. 22, 2008).

Although the appellate court did not rule on the merits of the drivers’ claims, the facts referred to in the complaint afford an opportunity for exploring the wage and hour aspects of on-call time. In Ghazaryan, the company prohibited the drivers from using their vehicles for personal use, required them to stay near the vehicle and to remain in uniform between assignments. Some drivers were, nonetheless, were able to use gap time for their own purposes. Some drivers were paid on an hourly basis for all their time, including any gap time. Others were paid by the trip. The company’s exposure will in large part depend on its obligation to pay for gap time.

An employer must pay for all “hours worked,” which Section 3(H) of the California wage orders defines as “the time during which an employee is subject to the control of an employer, and includes all the time the employee is suffered or permitted to work, whether or not required to do so.” (Wage Order No. 9 applied to the limousine drivers.) Whether or not an employer must pay for time that an employee spends waiting to be called to work depends upon the degree of control that the employer exercises over the employee’s activities during the on call time.

Two advisory letters from the Division of Labor Standards Enforcement may help employers understand the principles. In a March 31, 1993 letter, a writer described the following practice: “Assume a regularly-scheduled non-exempt employee who works at a hospital located in a rural area and is not required to remain at or about the hospital or any premises designated by the employer; during his off-duty hours, but is required to be ‘on-call’ for designated periods of time and arrive at the hospital within 20 minutes from the time he is called by pager or telephone.” The Division declined to say whether such circumstances would never require compensation, because the answer to the question is heavily dependent upon all the facts of each case. It pointed out that geographical restrictions and strict time frames for response will often lead to a determination that the time is compensable.

In a December 28, 1998 letter, the Division was asked about the hours worked of apartment managers who lived in the complexes where they worked. Again, the Division was unable to give a definitive answer as to which hours should be paid for, because the requester of the opinion did not provide enough specifics. However, the opinion letter identifies a number of factors that are important to the determination: geographic restrictions, how quickly an employee must respond to a page on a beeper, how frequently the employee is called to work, whether the employee is free to engage in personal activities, and the consequences of failing to respond within the required time.