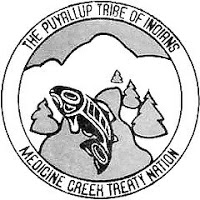 The Ninth Circuit Court of Appeals has ruled that the overtime requirements of the Fair Labor Standards Act apply to employees of a retail store owned and operated on the Puyallup Indian Reservation by members of the tribe. The store owners had argued that their tribe’s retained sovereignty barred overtime claims under the FLSA. Solis v. Matheson, Case No. 07-35633 (9th Cir. Apr. 20, 2009). The full text of the decision is available here.

The Ninth Circuit explained that Indians and their tribes are subject to federal statutes of general applicability, just like any other United States citizen. There are exceptions if (1) the law touches exclusive rights of self-governance in purely intramural matters, or (2) if the application of the law would abrogate rights guaranteed by Indian treaties. An example of the first is Snyder v. Navajo Nation, 382 F.3d 892 (9th Cir. 2004), where the Ninth Circuit refused to apply the FLSA to tribal law enforcement officers, because law enforcement was a traditional governmental function. An example of the second is United States v. Smiskin, 487 F.3d 1260 (9th Cir. 2007), where a treaty that granted “the right, in common with citizens of the United States, to travel upon all public highways” barred prosecution for violation of the Contraband Cigarette Trafficking Act (which barred transportation of unstamped cigarettes).

The exceptions did not apply to the store owners. There was nothing sufficiently intramural about the employment of Indians and non-Indians by a retail business engaged in interstate commerce to invoke the first exemption. The tribe’s right to occupy and exclude others under the treaty did not exempt the store owners from the FLSA because the tribe did not purport to regulate employment and there was no evidence that non-Indians had agreed to subject themselves to tribal jurisdiction.

By contrast, state laws are generally not applicable to operations on reservations. State law has no effect on the reservation unless the tribe has waived its sovereignty, or Congress has authorized an exercise of jurisdiction. See, for example, Middletown Rancheria of Pomo Indians v. Workers Compensation Appeals Bd., 60 Cal.App.4th 1340, 71 Cal.Rptr.2d 105 (1998), in which the California Court of Appeal ruled that the WCAB had no jurisdiction over a tribal gaming casino.