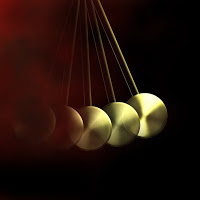 The California Supreme Court has ruled that trial courts may review the legal correctness of arbitration decisions involving employment claims based on statutory rights. This marks another swing in the pendulum marking judicial attitudes toward arbitration.

Over the ensuing years, American courts gave broad deference to arbitration proceedings. In California, that deference reached its zenith in Moncharsh v. Heily & Blase, 3 Cal.4th 1 (1992), where the California Supreme Court, applying the California arbitration statute, ruled that the merits of an arbitration award were not subject to judicial review, except on the grounds that (a) the award was procured by corruption, fraud or other undue means, (b) corruption in any of the arbitrators, (c) the rights of a party were substantially prejudiced by misconduct of the arbitrator, (d) the arbitrators exceeded their powers, or (e) the rights of a party were substantially prejudiced by the refusal of the arbitrators to postpone the hearing. The Moncharsh Court also made clear that arbitrators do not exceed their powers by making errors of law.

With the California Supreme Court’s decision in Armendariz v. Foundation Health Psychcare Services, Inc., 24 Cal. 4th 83 (2000), the pendulum began swinging back toward judicial skepticism toward arbitration. In that case, the Court ruled that employees’ statutory claims against their employers could the subject of arbitration agreements, so long as those agreements meant certain procedural standards, including the preparation of a written decision by the arbitrator.

On April 26, 2010, the pendulum swung further in the same direction with the Supreme Court’s decision in Pearson Dental Supplies, Inc. v. Superior Court, Case No. S167169 (Apr. 26, 2010). In that case, an arbitrator ruled that an employee’s age discrimination claim was barred by his failure to file it within the year permitted under the arbitration agreement. In doing so, he made a clear error of law by not applying the tolling provision of California Code of Civil Procedure section 1281.12, which provides that any limitations period established by an arbitration agreement is tolled by the filing of a civil action. The Court determined that this error exceeded the arbitrator’s powers, because it impermissibly prevented the employee from pursuing his statutory rights under the Fair Employment and Housing Act.