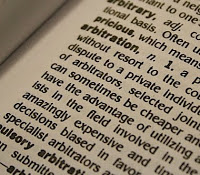 Many employers prefer arbitration to lawsuits and administrative hearings. Although the law permits employers to require arbitration of employment disputes, California courts have imposed some restrictions. See, for example, Armendariz v. Foundation Health Psychcare Services, Inc., 4 Cal.4th 83, 6 P.3d 669, 99 Cal.Rptr.2d 745 (2000) (requiring an arbitration agreement to include certain procedural protections for employment claims under anti-discrimination laws).
In Sonic-Calabasas, Inc. v. Moreno, Case No. S174475 (Cal. Sup. Ct. Feb. 24, 2011), the California Supreme Court delineated the role of arbitration in unpaid wage claims filed with the California Labor Commissioner. The California Labor Code gives employees with unpaid wage claims a choice — they may go directly to court with an ordinary civil action, or they may seek administrative relief by filing a wage claim with the Labor Commissioner (a process called a “Berman” hearing). In a Berman hearing, the Labor Commissioner’s staff assists the employee in putting on the wage case. To obtain de novo review in court (where the Labor Commissioner may represent the employee), the employer must post a bond for the full amount of any award. If it loses the appeal, it must pay the employee’s attorney fees. If the employer wins its appeal, it can not recover its own attorney fees.
The Sonic-Calabasas employer argued that its arbitration agreement with its employees waived the Berman hearing process, but the Supreme Court ruled that such a waiver was unconscionable and against public policy. However, the employer may invoke the arbitration agreement to have its appeal from any award following a Berman hearing determined by an arbitrator. In light of Armendariz, the employee would presumably retain the procedural advantages of the bond requirement and the fee-shifting provision in arbitration.
If you are interested in adopting arbitration procedures for your employees, the American Arbitration Association provides rules and other materials for prompt and effective resolution of workplace disputes through arbitration.