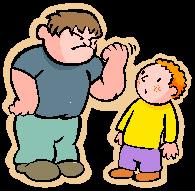 Workplace bullying got some national attention recently when a committee of the Maryland legislature held a hearing on Senate Bill 600, a version of the Healthy Workplace Bill, authored by Prof. David Yamada of Suffolk University Law School. According to the bill’s website, it has been introduced in 20 states, and is actively under consideration in 13. Yamada maintains the Minding the Workplace blog and heads the New Workplace Institute. Another resource for opponents of bullying is the Workplace Bullying Institute, founded by Gary and Ruth Namie. The Los Angeles Times reported on the Maryland hearing in “Laws on workplace bullies debated.”

Not everyone believes that employees and their lawyers should be provided with yet another theory on which to sue employers for damages and attorney’s fees. For example, Victoria Pynchon, a California lawyer, mediator and writer, has explained why an anti-bullying bill is a bad idea in a piece posted to the Forbes blog.

Opponents of anti-bullying legislation explain that victims of serious misconduct already have remedies. For example, the Minnesota Supreme Court recognized the viability of an intentional infliction claim in Hubbard v. United Press International,
30 N.W.2d 428 (Minn. 1983), although it found the elements unproven in that case. Assault claims are another possible approach. See, for example, Raess v. Doescher, 883 N.E.2d 790 (Ind. 2008). In California an employee’s workers compensation remedy preempts many common law claims. But, intentional infliction claims based on conduct that exceeds the normal risks of the employment relationship are not preempted. Livitsanos v. Superior Court, 2 Cal.4th 744, 828 P.2d 1195 (1992).

A previous post to this blog on the subject is available here.