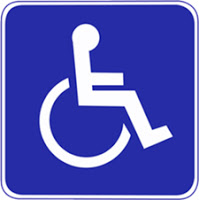 A recent case illustrates the risks that employers encounter in placing employees in light duty positions. In Cuiellete v. City of Los Angeles, Case No. B224303, a Los Angeles Police Officer received a 100 percent disability rating in a workers compensation proceeding, but asked to return to work at a desk job in the fugitive warrants unit. The LAPD at first acceded to his request, but fired the officer a few days after he returned, claiming that he was unable to perform all the essential functions of a full duty police officer.
When Cuiellette was fired, the LAPD had a longstanding policy and practice of allowing police officers to perform light duty assignments that did not entail several essential functions of the job, such as making arrests, taking suspects into custody and driving a patrol car in emergency situations. At the time, the LAPD employed about 8.500 police officers, 250 of whom were in permanent light duty positions that would not allow them to work in the field. Therefore, it was not unreasonable for the LAPD to accommodate Cuiellette by assigning him to the desk job on a permanent basis.
The duty of reasonable accommodation does not require employers to create new positions, but does require them to reassign disabled employees to vacant positions for which they are qualified.
Employers may create temporary light duty positions for employees recovering from injuries, without obligating themselves to keep disabled employees in those positions permanently. See Raine v. City of Burbank, 135 Cal.App.4th 1215, 37 Cal.Rptr.3d 899 (2006). In Cuiellette, the light duty positions at the LAPD were not designated as temporary. The evidence was that police officers served in the positions indefinitely.