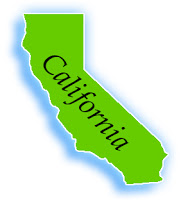 Answering a question from the Ninth Circuit, the California Supreme Court has ruled that employers based in California must abide by California overtime rules for non-California employees while they are working in California. Sullivan v. Oracle Corp., Case No. S170577 (Jun. 30, 2011).
The plaintiffs worked for Oracle as instructors. Two were based in Colorado and one in Arizona. They sought overtime under California law for the full days and full workweeks that they spent in California. Unlike the plaintiffs’ home states, California requires time and a half for all hours worked in excess of 8 in a day and on the seventh successive day of work in a workweek, and double time for all hours worked in excess of 12 in a day, and in excess of 8 on the seventh successive day of work in a workweek. They also sought enforcement of Oracle’s overtime obligations under the federal Fair Labor Standards Act (FLSA) through California’s Unfair Competition Law (UCL), which provides a longer statute of limitations.
On their face, California’s overtime rules applied to the work in question, and California’s governmental interest analysis approach to conflict of laws questions pointed to the application of the California rules. It was doubtful that there was a true conflict of governmental interest. To the extent there might have been, California’s interest in assuring that work performed in California was compensated fairly outweighed any other state’s interest. That also entitled the plaintiffs to enforce their California law overtime claims under the UCL. The court said that it might not reach the same result for other wage and hour rules, such as meal and rest periods and vacation pay accrual. It also explained that the case before it dealt with an employer based in California.
However, the plaintiffs were not entitled to enforce the FLSA overtime claims (which included work performed outside California) through the UCL. Unless the legislature expressly specifies otherwise, California statutes are not interpreted to reach conduct outside the state’s borders. Here, there were no facts to support a conclusion that failure to pay overtime as required by the FLSA occurred in California.UPDATE (December 13, 2011)

The Ninth Circuit acknowledged the California Supreme Court’s answers to the questions it had posed, and reversed the District Court’s grant of summary judgment. Application of California overtime rules to work performed in California for a California company by its out-of-state employees did not violate the United States Constitution because California had sufficient contacts with the controversy, and applied its law equally to all workers in California. Sullivan v. Oracle Corp., Case No. 06-56649 (9th Cir. Dec. 13, 2011).