“Me Too” Evidence in Discrimination and Harassment Cases 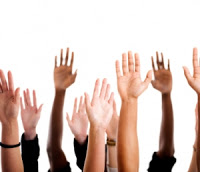 “Me too” evidence is testimony from a plaintiff’s co-workers that they were subjected to inappropriate conduct similar to that experienced by the plaintiff. Such evidence can provide powerful support for a plaintiff’s case by taking it out of the realm of he said, she said. On the other hand, the use of such evidence can consume trial time on side issues and unduly prejudice the jury. The possibility that such evidence might be introduced at a trial should convince employers to put a stop to any inappropriate conduct even if the victim of the conduct does not complaint.
A recent decision from the Fifth District Court of Appeal in Fresno illustrates the use of “me too” evidence. Lorraine Pantoja complained that she was harassed and discriminated against on the basis of sex and race by the lawyer she worked for. She claimed that he used profanity constantly, referred to her as a b__, and used the term “Mexicans” in a derogatory way. Her employer denied her claims, testified that he never called anybody b__, and never used “Mexicans” in a derogatory way. He presented testimony from other employees who said that he used profanity but never directed it at individuals. The trial court refused to allow Pantoja have other employees testify that the employer frequently used b__ to refer to female employees, that he used “Mexicans” in a derogatory way, and directed profanity at individuals, because they would not be testifying to things that he said in front of Pantoja. The Court of Appeal reversed, ruling that the evidence should have been allowed because it tended to prove that the lawyer had a bias. See Pantoja v. Anton, Case No. F058414 (5th Dist. Ct. App. aug. 9, 2011).
There are two other notable California cases dealing with “me too” evidence:

Among the federal courts, the Supreme Court has yet to give a definitive ruling, but the Ninth Circuit has ruled that “me too” evidence is permissible.