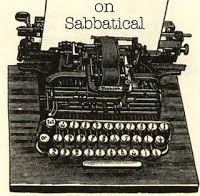 In most jurisdictions, it would not matter whether an employee’s paid absence from work was considered vacation or a sabbatical. But, in California, if an employer’s policy establishes vacation, the right to paid leave accrues day by day and is never lost. If the policy establishes a sabbatical, the employer can impose conditions and impose a forfeiture if the employee does not use it before employment terminates.
A recent case from the Sixth District Court of Appeal in San Jose explains the difference. See Paton v. Advanced Micro Devices, Inc., Case No. H034618 (Aug. 5, 2011). California Labor Code section 227.3 provides that, if an employee is terminated without having taken his vested vacation time, “all vested vacation shall be paid to him as wages at his final rate” and the employer’s policy “shall not provide for forfeiture of vested vacation time upon termination.” In Suastez v. Plastic Dress-Up Co., 31 Cal.3d 774, 647 P.2d 122 (1982), the California Supreme Court explained what “vested vacation” means. Paid vacation is part of an employee’s wages. The consideration for the vacations days is the employee’s year long labor. Although the time for receiving those wages is postponed until the employee takes vacation, the right to them vests as they are earned. The employer’s imposition of a condition subsequent, such as that the employee remain employed for a year in order to take advantage of the accrued vacation, did not prevent the benefit from vesting.
By contrast, a sabbatical is extended paid leave granted infrequently to allow employees to recharge their batteries and devote themselves to self-improvement. In the academic world where the concept originated, a faculty member would engage in a project intended to promote his or her professional development and, in turn, enhance the institution’s status as an institute of higher learning.
Because sabbaticals in the business world can serve similar purposes to vacations, the California Labor Commissioner was concerned that employers would label their policies sabbaticals in order to avoid the vesting of vacation pay. In three opinion letters, the Labor Commissioner laid down principles to be used for determining whether paid time off amounted to a true sabbatical. See Opinion Letter Nos. 1986.12.13, 1987.07.13 and 1987.10.06. From those letters and its own analysis, the Court of Appeal in Paton distilled the following factors to be utilized in determining whether paid time off qualifies as a sabbatical: (1) a sabbatical can only be granted infrequently, presumptively no earlier than after seven years of service, although shorter periods may be appropriate in particular situation, (2) the duration of a sabbatical must extend beyond what is normally offered as vacation, (3) the employer must offer regular vacation in addition to sabbaticals, and (4) there must be a feature that demonstrates that the employee taking the sabbatical is expected to return to work for the employer after the leave is over.
The Paton opinion reversed the summary judgment that the trial court had granted to the employer, because a reasonable jury could have concluded that the employer’s policy did not establish a true sabbatical. The Court of Appeal was concerned about the true purpose of the program, noting: “It would not be unreasonable for a jury to decide that a four-week sabbatical is not ‘normally’ longer than vacation of four-weeks, or that an eight-week sabbatical is not longer than that ‘normally’ allowed for vacation where eight-weeks equals the length of time an employee could be gone on vacation if he took the maximum amount he could accrue all at once. And, although we know that defendant also offered a vacation policy, we do not know how defendant’s vacation policy compared to vacation benefits offered by defendant‟s competitors.”
Further information about the Labor Commissioner’s views appear in the Division of Labor Standards Enforcement, Enforcement Policies and Standards Manual, at page 15.4.