Retaliation Claims Based On Co-Worker Harassment 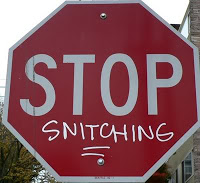 Employers may not retaliate against employees who complain in good faith about conduct that they believe is unlawful. There are many cases where courts or juries have found conduct not harassing or discriminatory, but went on to find that an employee who complained about the conduct had been subjected to retaliation. Employers must be alert to this possibility so that they can take steps to limit liability for retaliation. There were previous posts to this blog about retaliation on 7/13/2008, 8/17/2008, 10/13/2008, 11/2/2008, 11/16/2008 and 2/1/2009.

One of the elements of a retaliation claim is proof that the employee was subjected to adverse employment action. When the employee has been fired, demoted or suspended, the element is easily proved. But, the federal and state courts have ruled that sufficiently severe and pervasive retaliatory harassment may also constitute adverse action. The concept involves two inquiries: (1) whether the conduct is sufficiently severe to constitute adverse action, and (2) whether the conduct may be imputed to the employer.

Ostracism (or a cold shoulder) is not enough to satisfy the severity element. Here are some examples of what may be enough:

For the employer to be responsible for retaliatory harassment, a supervisor or manager must either engage in the conduct or be aware of it and fail to take prompt and effective action.

In light of these principles, employers should take the following steps to limit the risk of liability for retaliatory harassment by co-workers: