Is “Unpaid Intern” An Oxymoron? 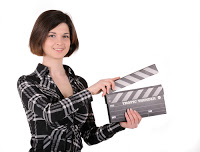 A recent lawsuit by two interns who worked on the movie “Black Swan” challenges what is reportedly a widespread practice in the film industry — using unpaid interns to do work that ordinary employees also do. The New York Times website has an article on the lawsuit here. The complaint in Glatt v. Fox Searchlight Pictures, Inc., Case No. 11-CV-6784 (Sep. 28, 2011) alleges violations of the minimum wage and overtime provisions of the Fair Labor Standards Act.

The issue is important, because the practice extends outside the movie industry, and poses substantial liability risks for employers. An April 2010 New York Times article reported on the widespread use of unpaid interns and enforcement efforts by wage and hour agencies. An OregonLive.com articlearound the same time described some enforcement actions in Oregon.

The U.S. Labor Department uses the following six factors to determine whether a worker is an employee or an intern:

The Department explains the factors in a fact sheet available on its website.

The six-factor test has had a mixed reception in the courts. Recently, the Sixth Circuit Court of Appeals labeled it a “poor method for determining employee status in a training or educational setting,” in upholding the dismissal of a Department child labor enforcement action against a non-profit that required students in its school to work in its nursing home as part of their practical training. Solis v. Laurelbrook Sanitarium and School, Inc., 642 F.3d 518 (6th Cir. 2011). That court adopted the more popular “primary benefit” test, which looks at whether the trainees receive the primary benefit of the work they perform. Other courts have been more receptive. Harris v. Vector Marketing Corp., 716 F.Supp.2d 835 (N.D. Cal. 2010).

We previously discussed this issue in an April 2010 post, which contains links to other resources, including the California standards for determining whether an intern is subject to the wage and hour laws (which are similar the the Department of Labor standards). Since that post, the California Division of Labor Standards Enforcement has issued an opinion letter finding that interns enrolled in a structured 11-month educational and training program were not employees.

Although not all courts follow the Department of Labor’s six-factor test, employers would be well advised to use it when determining whether to treat interns as employees. This is particularly so in light of the increased attention that the issue has received from regulators over the past couple of years.

UPDATE: NPR ran a story on the lawsuit by the Black Swan interns on November 16, 2011.

UPDATE [2/3/2012]: As reported at the ABA Journal Law News Now website, former Harper’s Bazaar intern Xuedan Wang filed a wage and hour lawsuit in the United States District Court in Manhattan on February 1, 2012, alleging that she was never paid for work that she performed just like other employees.

UPDATE [6/25/2013] In a June 11, 2013 decision, the judge in the Black Swan lawsuit ruled that the movie interns were employees entitled to minimum wage and overtime under the FLSA. Judge Pauley applied the six-factor Department of Labor test, rather than the “primary benefit” test urged by the employer. For an application of that test to students providing kitchen and housekeeping services at a nursing home as part of an educational program, see Solis v. Laurelbrook Sanitarium and School, Inc., 642 F. 3d 518 (9th Cir. 2011).