Insurance Agent Is An Independent Contractor, Not An Employee 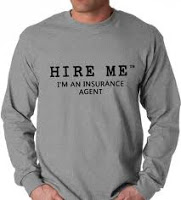 The enactment by the California legislature of new penalties for willful misclassification of independent contractors should have employers paying close attention to the applicable standards. (See Labor Code section 226.8.) A recent decision from the First District Court of Appeal in San Francisco is instructive. Arnold v. Mutual of Omaha Ins. Co., Case No. A131440 (Dec. 30, 2011).

Kimbly Arnold was licensed by the Department of Insurance as an independent agent or broker. When she was appointed by Mutual of Omaha as a nonexclusive agent, she was under appointment with another insurance company to offer its products. Her contract with Mutual of Omaha stated that she was an independent contractor, and made her responsible for maintaining any required license. The evidence submitted in support of Mutual’s summary judgment motion showed that she had no supervision, did not receive a performance evaluation. Training was available, but attendance was not required. Mutual’s insurance agents were responsible for their own expenses, including business cards, vehicles and office equipment. If they elected to use Mutual’s office, they had to pay monthly fees to cover the expenses.

Arnold brought a class action on behalf of all Mutual’s licensed agent’s, claiming that they were employees and should have been reimbursed for expenses under Labor Code section 2802, and were not paid the wages they were owed timely upon termination of employment, as required by Labor Code section 201 and 202. The Court of Appeal affirmed the grant of summary judgment for Mutual, because Arnold was not an employee entitled to the protections of those sections.

Because it found no statutory definition, the court turned to the common law principles articulated by the California Supreme Court in S.G. Borello & Sons, Inc. v. Department of Industrial Relations, 48 Cal.3d 341 (1989). That decision identified the “principal” factor of the test to be whether the person receiving the services has the right to control the manner and means of accomplishing the result. It identified the following additional factors: whether the principal has the right to discharge at will, without cause; whether the one
performing services is engaged in a distinct occupation or business; the kind of occupation, with reference to whether, in the locality, the work is usually done under the direction of the principal or by a specialist without supervision; the skill required in the particular occupation; whether the principal or the worker supplies the instrumentalities, tools, and the place of work for the person doing the work; the length of time for which
the services are to be performed; the method of payment, whether by the time or by the job; whether or not the work is a part of the regular business of the principal; and, whether or not the parties believe they are creating the relationship of employer-employee.

In this case, all the factors pointed to an independent contractor arrangement.

For a post about another case in which the employer did not fare so well, see $14.4 Million To FedEx Drivers Misclassified As Independent Contractors.