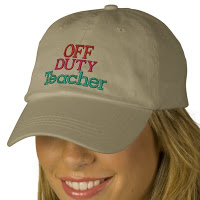 Three teachers have recently been in the news for their extracurricular activities. A Philadelphia high school teacher was suspended for complaining on her blog that her students acted like “rude, disengaged, lazy whiners.” A Florida high school football coach was fired for sending racy pictures to his non-student girlfriend. Another Florida teacher was fired for posting to Facebook that gay marriage was a sin and that same-sex unions were a cesspool. See Teachers Under The Morality Microscope by Jonathan Turley in the Los Angeles Times. These and other cases raise questions about the legal limits on an employer’s ability to make employment decisions based on off-duty conduct.

Under the at will presumption of Labor Code section 2922, a private employer may discharge an employee for any reason, so long as it is not an illegal reason. Thus, in the absence of a statutory bar, an employer may base discharge on off duty conduct. For example, even though tobacco use is lawful, an employer could require its employees to refrain from tobacco use. (For an example of an unsuccessful effort by a smoker to challenge his termination, see Rodrigues v. EG Systems, Inc., 639 F. Supp. 2d 131 (D. Mass. 2009).) In reaction to that possibility, some states (not including California) have enacted protections for tobacco-using employees. (See this compilationby the National Conference of State Legislatures.)

California Labor Code section 432.7 bars employers from taking adverse action based on any arrest or detention that does not result in a conviction, but allows them to inquire about an arrest for which the employee or applicant is out on bail or on his or her own recognizance pending trial. Thus, the employer may base adverse action on results of its own investigation of the facts surrounding the incident for which the employee was arrested. Cranston v. City of Richmond, 40 Cal.3d 755, 710 P.2d 845, 221 Cal. Rptr. 779 (1985).

California Labor Code sections 1101 and 1102 prohibit employers from acting against their employees based on their political beliefs and activities. Under those provisions, a newspaper editor who was fired after public stating his support for a mayoral candidate had a cause of action for wrongful termination. Ali v. L.A. Focus Publication, 112 Cal.App.4th 1477, 5 Cal.Rptr.3d 791 (2003).

As we explained in a previous blog entry, posting comments online about one’s employment may be protected under the National Labor Relations Act. Basing action on information from an employee’s off duty online comments may also violate privacy and wiretapping laws. See, for example, Pietrylo v. Hillstone Restaurant Group, Case No. 06-CV-5754 (D.N.J. Sep. 25, 2009), where a jury awarded $3,400 to two employees fired after management got log in to their private MySpace chat group.An employee may claim that the employer punishes off duty conduct differently based on a protected characteristic. For example, after Delta fired a female employee who posted suggestive photos of herself in a Delta uniform on her “Queen of the Sky” blog, she claimed that the airline did not treat male employees similarly. Simonetti v. Delta Airlines, Inc., Case No. 05-cv-2321 (N.D. Ga. 2005). Her case was dismissed without prejudice during Delta’s bankruptcy proceedings, and never decided on the merits.

Public Employers
As a general rule, public employees are not at will, but may only be discharged for good cause. Their statutory right to continued employment establishes a property right that is protected by due process. Skelly v. State Personnel Bd., 15 Cal.3d 194, 539 P.2d 774 (1975). These principles impose additional restrictions on public employers who seek to discharge employees for off duty conduct.Generally, a public employer must show that the off duty conduct is rationally related to the employee’s particular job, and would result in impairment or disruption of public service. For example, the U.S. Supreme Court upheld the discharge of a police officer who sold video of himself stripping and masturbating online, because his off duty conduct was “detrimental to the mission and functions of the employer.”
City of San Diego v. Roe, 543 U.S. 77 (2004). By contrast, a male correctional officer could not be terminated for wearing female clothing away from work, because there was no evidence that his performance of his job was impaired. Yancey v. State Personnel Bd., 167 Cal.App.3d 478, 213 Cal. Rptr. 634 (1985).Although criminal convictions may constitute good cause for termination of a public employee, the employer may not rely on the conviction if it resulted from a nolo contendere plea. County of Los Angeles v. Civil Service Com., 39 Cal.App.4th 620, 46 Cal.Rptr.2d 256 (1995). Instead, the employer must introduce evidence that independently establishes the wrongdoing.