Which Law Tells Employers How To Treat Their Employees? 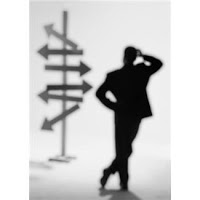 Recent news reports about labor law violations at plants operated by one of Apple’s contractors in China prompt consideration of who may regulate an employer’s relationships with its workers. An employer based in California may have employees in other states, and in other countries. Employers in other states and countries may have employees in California. Which rules must the employers in such situations follow?

Within the United States

Within the United States, the Constitution requires each state to give “full faith and credit” to “public Acts, Records, and judicial Proceedings of every other State.” But, the Due Process Clause bars a state from applying its law to a dispute unless it has a significant contact or significant aggregation of contacts, creating state interests, such that choice of its law is neither arbitrary nor fundamentally unfair. Phillips Petroleum Co. v. Shutts, 472 U.S. 797 (1985). A state may enforce its own law over another state’s law if it has a materially greater interest.

Here are some specific applications of those principles:

California has a strong policy against enforcement of non compete clauses under Business and Professions Code section 16600. Therefore, a California court should enforce that policy in a dispute over the employment of a non-California worker who had agreed not to compete with his former Maryland-based employer, where it would bar a California company from hiring the worker. Application Group, Inc. v. Hunter Group, Inc., 61 Cal.App.4th 881, 72 Cal.Rptr.2d 73 (1998).

California’s Fair Employment and Housing Act does not apply to the relationship between a California company and its employees based on other states. Campbell v. Arco Marine, Inc., 42 Cal.App.4th 1850, 50 Cal.Rptr.2d 626 (1996).

Outside the United States

When an employer based in the United States has employees in another country, it must comply with that country’s laws, but the United States may also regulate the employment relationship. For example, Congress has expressly extended the reach of federal anti-discrimination protections to a U.S. citizen working in a foreign country for a United States employer, unless compliance would violate the law of the foreign country. See Public Law No. 102-166. Although it is generally assumed that Congress could constitutionally extend other employment laws to the operations of American companies overseas, it has declined to do so.

California law recognizes that an employer who complies with a foreign government’s wishes may lack the discriminatory intent to violate the Fair Employment and Housing Act. In West v. Bechtel Corp., 96 Cal.App.4th 966, 117 Cal.Rptr.2d 647 (2002), an arm of the Saudi government contracted with a Bechtel entity for services on a project in Saudi Arabia. Bechtel terminated the plaintiff’s involvement in the project after the Saudi entity objected to his employment because he was over 50. Because the Bechtel manager who terminated the plaintiff’s involvement in the project lacked personal animus based on age, the claim for age discrimination lacked merit.