Search Site
Menu
Home / Blog / Who Is The (An) Employer?

Who Is The (An) Employer? 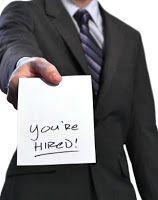 Questions may arise about which of multiple actors is responsible for various aspects of an employment relationship. When a temporary agency provide a worker to one of its clients, can the client be sued for not providing a meal period? Is the agency or the client responsible for compliance with the family leave statutes? If an outside contractor supplies employees to provide document services at its client’s work site, who is liable for any workplace harassment claims? Can a payroll service be held liable to its client’s employees for failure to pay wages in accordance with the California Labor Code? The last was the subject of the Court of Appeal’s recent decision in Aleksick v. 7-Eleven, Inc., Case No. D059236 (May 8, 2012). It provides a good jumping off point for a discussion of the legal principles that determine who a particular worker’s employer is.

Kimberly Aleksick worked for a 7-Eleven franchise owned by Michael Tucker. His franchise agreement with 7-Eleven to use a payroll service operated by 7-Eleven. Aleksick brought a class action against 7-Eleven claiming that its practice of converting minutes to hundredths of an hour sometimes shorted employees a few seconds worth of pay. The dispositive question was whether 7-Eleven could be considered Aleksick’s employer by operation of the payroll service.

Determining whether a worker is an employee is an issue in many areas of law. At common law, the issue arises with respect to responsibility for the worker’s torts. If an organization hires an independent contractor to carry out a task, and the independent contractor is negligent, the organization is not liable. Foster v. County of San Luis Obispo, 14 Cal. App. 4th 668, 17 Cal. Rptr.2d 730 (1993) (county not liable for legal malpractice of independent lawyer retained to represent indigent defendant). But, the organization is liable under the doctrine of respondeat superior for negligence of its employees. Barner v. Leeds, 24 Cal. 4th 676, 13 P.3d 704, 102 Cal. Rptr. 2d 97 (2000) (county is liable for malpractice of deputy public defender whom it employs).

The common law standard looks to the degree of control that the putative employer has over the manner and means by which the worker carries out his or her task. The California Employment Development Department published the Employment Determination Guide, which explains the standard in question and answer format, and provides concrete examples.

Federal and state law impose minimum wage, overtime and other wage and hour requirements on employers. Those who meet the common law definition of employer must comply with those regulations. However, the laws contain their own definitions that may be more encompassing.

The California wage orders refer to the common law standard but defines employ to include  “to exercise control over the wages, hours or working conditions” or “to suffer or permit to work.” (The California wage orders are available from the Industrial Welfare Commission website.) The suffer or permit to work language is derived from child labor legislation designed to prevent companies that controlled a work site from disclaiming responsibility for minors who might be working there although not under the direct control of the company. The exercising control standard allows the law to reach through straw men and sham arrangements to get at the true employer, and to apply to situations where multiple entities control different aspects of the employment relationship. The California Supreme Court explained the standards in Martinez v. Combs, 49 Cal.4th 35, 109 Cal. Rptr. 3d 514, 231 P.3d 259 (2010).

In the Aleksick case referred to at the outset the Court of Appeal determined that the payroll service did not meet any of the definitions of employer under California law.

Although the federal Fair Labor Standards Act definition of employ includes suffer or permit to work, the United States Supreme Court has adopted an economic reality test that does not necessarily match the more all-encompassing definition under California law. Tony and Susan Alamo Foundation v. Secretary of Labor, 471 U.S. 290 (1985).

California’s Workers Compensation Act covers persons in the service of an employer under any contract of hire, but not independent contractors. The Act defines an independent contractors as “any person who renders service for a specified recompense for a specified result, under the control of his principal as to the result of his work only and not as to the means by which such result is accomplished. Because of the remedial purposes of the Act, the coverage may sometimes extend beyond those who would be considered employees under the common law test. S.G. Borello & Sons v. DIR, 48 Cal.3d 341, 769 P.2d 399, 256 Cal. Rptr. 543 (1989) (“sharefarmers” engaged to harvest cucumbers were employees of the grower).

Federal and state laws prohibit employers from harassing, and discriminating and retaliating against their employees based on protected characteristics. Where more than one entity has control over conditions in the workplace, liability may extend beyond the one considered the employer under common law principles. The EEOC has published an Enforcement Guidance on the application of equal employment opportunity laws to contingent workers placed by staffing firms. The following example from the guidance illustrates how the laws apply to one such situation:

Example 9: A temporary employment agency receives a job order for a temporary receptionist. The client requires that the individual assigned to it speak English fluently because a large part of the job entails communication with English-speaking persons who call the client or who come to the client’s work place. The agency assigns an Asian American individual who speaks English fluently, but with an accent. The client insists that the agency replace her with someone who can speak unaccented English. The agency complies with that request and sends an individual who speaks English fluently with no accent. The Asian American individual files a charge with the EEOC. The investigator determines that English fluency was necessary for the job. However, he further determines that CP’s accent does not interfere with her ability to communicate and that she has effectively performed similar jobs. The investigator properly concludes that both the client and the staffing firm are liable for terminating CP on the basis of her national origin.

The federal Family and Medical Leave Act and the California Family Rights Act require employers with 50 or more employees to provide unpaid leave benefits. As with the anti-discrimination laws, questions may arise about which entity is responsible for the benefits and providing a job when the employee is ready to return to work. The Department of Labor has explained the principles in section 825.106 of its regulations.
The need to determine whether an employment relationship exists arises in many other contexts. While some of those may have unique standards, the general standards discussed here are a useful starting point for all such determinations.