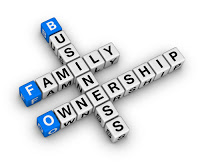 A few weeks ago, we took a cursory look at how California’s exemptions from the wage and hour law differ from the federal ones. Today, we begin a multi-part series that will look at each of the exemptions available under state and federal law in depth. We start with the exemption for family members:

Federal
The federal Fair Labor Standards Act comes at the exemption by excluding from its coverage any “establishment” that has as its only “regular” employees the owner, and his or her parents, spouse, children, or other members of the immediate family. 29 U.S.C. section 203(s)(2). The Department of Labor’s regulations provide the following additional guidance: “The term ‘other member of the immediate family of such owner’ is considered to include relationships such as brother, sister, grandchildren, grandparents, and in-laws but not distant relatives from separate households.” 29 CFR section 779.234.
There is limited case law about the exclusion. Non-family members may be “regular” employees even if their hours and shifts vary. The question is whether the establishment depends upon non-family employees for its existence. Donovan v. I and J, Inc., 567 F.Supp. 93 (D.N.M. 1983). Where a family establishment is part of a larger enterprise, its revenues are not counted toward the $500,000 in annual sales that triggers application of the FLSA, but all employees may be covered if the remaining revenue is enough. Martin v. Bedell, 955 F.2d 1029 (5th Cir. 1992). A partnership whose partners are unrelated does not qualify for the exemption. Donovan v. S & L Development Co., 647 F.2d 14 (9th Cir. 1981).
California
The California wage orders exempt “any individual who is the parent, spouse, child, or legally adopted child of the employer.” Cal. Admin. Code, tit. 8, section 11040(2)(D). Research has not uncovered any judicial decisions or opinion letters from the Division of Labor Standards Enforcement.
The different approaches may yield different results in some situations. Under the FLSA, a mom and pop deli would not have to pay overtime to the owner’s grandchild if all the regular employees were members of the immediate family. By contrast, California law would require overtime, because grandchildren are not among those exempted by the wage orders.
Under the California wage orders, a family business with $10 million in sale, and 1,000 non-family employees spread across the state would not have to pay overtime to the employer’s 35-year old son. By contrast, the FLSA would require overtime, because the businesses regular employees include non-family members.
As is the case with most employment laws, the employer must follow the provision that provides the greater protection for the employee in the particular situation.