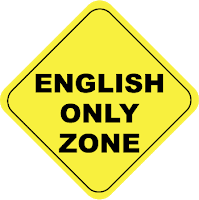 Employers concerned about how their customers and other employees may react to the use by some employees of languages other than English may wish to impose an English only policy. The EEOC recently settled a case that involved allegedly improper language policies at a large hospital in California’s San Joaquin Valley. The press release announcing the settlement is available here. Both state and federal law limit employers’ ability to restrict use by their employees of languages other than English.

Under Title VII, English only rules may create liability for national origin discrimination. As explained in the EEOC’s policy manual section on national origin discrimination, an English only rule must be justified by business in order to survive a Title VII challenge. The manual identifies the following as relevant considerations: Evidence of safety justifications for the rule, evidence of other business justifications for the rule, such as supervision or effective communication with customers, likely effectiveness of the rule in carrying out objectives, the availability of alternatives to an English only policy, and English proficiency of workers affected by the rule. Here is an example of an alternative from the manual:

“At a management meeting of XYZ Electronics Co., a supervisor proposes that the company adopt an English-only rule to decrease tensions among its ethnically diverse workforce. He reports that two of the employees he supervises, Ann and Vinh, made derogatory comments in Vietnamese about their coworkers. Because such examples of misconduct are isolated and thus can be addressed effectively under the company’s discipline policy, XYZ decides that the circumstances do not justify adoption of a facility-wide English-only rule. To reduce the likelihood of future incidents, XYZ supervisors are instructed to counsel line employees about appropriate workplace conduct.”