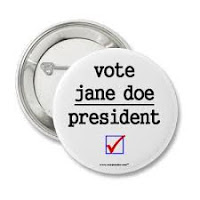 Election day 2012 is just around the corner. A recent New York Times articlereports that employers have been emboldened by the ruling in Citizens United v. Federal Election Commission, 558 U.S. 50 (2010) to express their political views to their employees. Employers in California should be careful in how they go about doing so.
Cal. Lab. Code section 1101 provides: “No employer shall make, adopt, or enforce any rule, regulation, or policy: (a) Forbidding or preventing employees from engaging or participating in politics or from becoming candidates for public office. (b) Controlling or directing or tending to control or direct the political activities or affiliations of employees.”
This statute has generally been invoked by employees who were punished for expressing their political views.  For example, a newspaper columnist defeated the employer’s summary judgment motion by showing that he had been discharged shortly after he supported a particular mayoral candidate during a radio appearance. Ali v. L.A. Focus Publication, 112 Cal. App. 4th 1477.
The language of the provision would appear to extend to affirmative employer speech that tends to control the political activities or affiliations of its employees. But, when the constitutionality of the statute was challenged after its enactment, the California Supreme Court said that the statute did not purport to limit the publication of political beliefs. “Defendant also contends that section 1101 is unconstitutional because its enforcement assertedly deprives an employer of the right of free speech and prevents him from publishing his political beliefs or views among his employees. There is nothing in the section which, expressly or by implication, has any such effect.” Lockheed Aircraft Corp. v. Superior Court of Los Angeles County, 28 Cal. 2d 481 (1946).We have not been able to find any reported decisions since that discuss the limits on employer electioneering efforts in the workplace. Before urging employees how to vote, consider the following hypothetical:

Mary Smith’s employer distributes a memo in the office urging all employees to vote for Richard Roe for president. Mary has a bumper sticker on her car supporting Jane Doe, Roe’s rival for the presidency. Roe loses the election. A week later May’s employer fires her. If she brings a lawsuit alleging a violation of section 1101, will the jury award her substantial damages? Would the result be different if the employer had not distributed the memo urging a vote for Roe?