Rest periods must be separately compensated 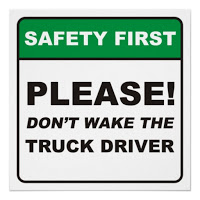 Safeway paid its truck drivers on what it called a piece rate basis. Pay was based on (1) mileage rates that varied by number of miles driven, time of day, and location, (2) fixed rates for certain tasks, (3) an hourly rate for a predetermined amount of minutes for other tasks, and (4) an hourly rate for delays beyond the driver’s control. Its collective bargaining agreement with the drivers’ union provided for two rest periods for every eight or ten hour shift.

The California wage orders require employers to “authorize and permit” nonexempt employees to take a 10-minute rest period for every four hours worked. The rest periods “shall be counted as hours worked for which there shall be no deduction from wages.” See section 12 of Wage Order No. 7-2001. Safeway authorized and permitted the drivers to take rest periods, and claimed that its compensation system included pay for the rest periods.

The Third District Court of Appeal in Sacramento ruled that Safeway’s system violated the applicable wage order, and directed the trial court to certify a class action and determine the damages payable to the drivers. In a piece rate system, rest periods must be separately compensated. Bluford v. Safeway Stores, Inc., Case No. C066074 (May 8, 2013).