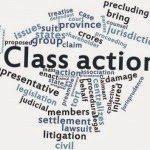 In the mean time, as mentioned in a previous post, California courts are dealing with the enforcement of arbitration agreements that do not include class claims. In Iskanian v. CLS Transportation Los Angeles, LLC, 59 Cal.4th 348 (2014), the California Supreme Court ruled that an arbitration agreement with a class action waiver was enforceable, but that PAGA claims covered by the agreement could not be waived. A petition for certiorari is pending in the U.S. Supreme Court. There is a split in the courts of appeal about who decides whether an arbitration clause provides for arbitration of class claims. The Second District Court of Appeal in Los Angeles has ruled that the question is for the arbitrator. Sandquist v. Lebo Auto., Inc., 228 Cal. App. 4th 65 (2014). Division Three of the Fourth District Court of Appeal in Santa Ana has ruled that it is for the court. Network Capital Funding Corp. v. Papke, 2014 Cal. App. LEXIS 907(Cal. App. 4th Dist. Oct. 9, 2014)