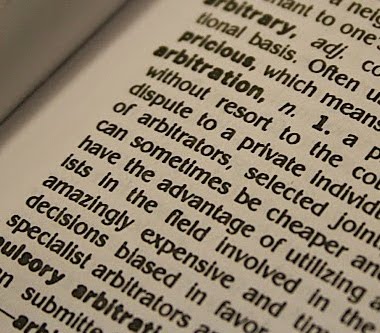 The California Supreme Court continues to make law on enforcement of arbitration agreements. In Armendariz v. Foundation Health Psychcare, 24 Cal.4th 83, 99 Cal.Rptr.2d 745, 6 P. 3d 669 (2000), the Court ruled that an arbitration award on a claim under the Fair Employment and Housing Act (FEHA) is not enforceable unless the arbitrator issue a written arbitration decision that explains the essential findings and conclusions on which the award is based. The purpose of the requirement is to assure effective judicial review to ensure that the arbitrator has complied with the statutory requirements. The extend of such judicial review has not been clear.

In Pearson Dental Supplies, Inc. v. Superior Court, 48 Cal.4th 665 (2010), the Court affirmed a Court of Appeal decision vacating an award that deprived the employee plaintiff of a hearing on his FEHA claim by misinterpreting a relevant tolling statute, and then failing to explain in writing why the plaintiff would not benefit from the tolling statute.The Supreme Court explained that the challenged award had an employee subject to a mandatory arbitration agreement from obtaining a hearing on the merits of a claim, but cautioned that not all legal errors would necessarily be reviewable.

In the most recent case, Richey v. Autonation, Inc., Case No. S207536 (Jan. 29, 2015), the award in an FMLA/CFRA case denied relief to the employee based on application of an “honest belief” standard applied by some federal courts, but not yet adopted in California. Although the Court had the opportunity to determine whether that was an error, and whether such an error was grounds for vacating an arbitration award, it passed. Instead, the Court ruled that, even if there had been an error, it was harmless. The evidence that the employer had fired the employee for a knowing violation of company policy was overwhelming. Articulation of the correct standard for review must await another case.