Are No Rehire Agreements Unlawful Under California Law? 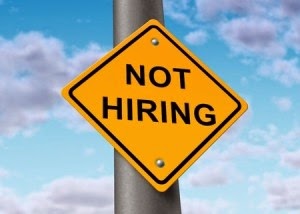 Settlement agreements with employees often provide that the employee will never again seek employment with the settling employer. Such provisions are probably essential to reaching settlement in some cases. A recent decision from the Ninth Circuit calls into question their validity.

California Business and Professions Code section 16600 provides that “every contract by which anyone is restrained from engaging in a lawful profession, trade, or business of any kind is to that extent void.” The provision clearly bars any agreement between an employer and an employee that the employee will not participate in any business in competition with the employer after the termination of employment.

In Golden v. California Emergency Physicians Medical Group, Case No. 12-16514 (9th Cir. Apr. 8, 2015), the challenged provision was part of the settlement of a lawsuit by a doctor for loss of his staff membership at a medical facility. It stated that the doctor “shall not be entitled to work or be reinstated at any [employer]-contracted facility or at any facility owned or managed by [the employer].” The doctor had agreed to the term orally in open court, but then refused to sign a written settlement agreement. The trial court ordered the settlement enforced based on the proceedings in open court, The trial court held section 16600 in apposite reasoning that the challenged provision was not a covenant not to compete, but a statement of intent that the employer chosed not to employ the doctor at any of its facilities.

The Ninth Circuit ruled that the literal terms of section 16600 might apply, and ordered the trial court to “determine in the first instance whether the no-employment provision constitutes a restraint of a substantial character to [the doctor]’s medical practice.” Citing a 1916 California Supreme Court case, the Court of Appeals stated that the statutory prohibition extends to any restraint of a substantial character. (See Chamberlain v. Augustine, 156 P. 479 (Cal. 1916).) Because no reported California decision had addressed the question, the Ninth Circuit was predicting what the California Supreme Court would rule if the question were presented. Although the federal district courts in California must follow the decision, California courts are free to ignore it.