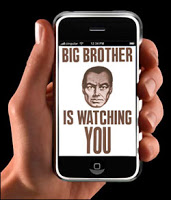 Applications from such companies as Xora, Teletrac, Track My Work Force, and boomr allow employers to track the whereabouts of their employees through GPS. One user of Xora’s application has now become the subject of an invasion of privacy lawsuit. As reported by the Courthouse News Service, Myrna Arias claims that Internex Wire Transfer violated her privacy by tracking her movements with Xora’s software on her cell phone. According to her complaint (filed on May 5, 2015), she did not have an issue with being tracked while on duty, but likened the round the clock tracking to wearing an ankle bracelet. Shortly after she uninstalled the application to protect her privacy, she was fired.

In general, employers may monitor their employees activities electronically without invading a legally protected privacy interest, so long as they give notice of what they are doing. For example, if the employee handbook warns employees that electronic communications on employer-provided equipment are not private, they cannot be heard to complain that the employer accessed their emails, even if they contained attorney-client communications. See Holmes v. Petrovich Development Co., LLC, 191 Cal.App.4th 1047 (2011).

Arias’s complaint against Internex Wire Transfer relies in part on California Penal Code section 637.7, which bars using an electronic tracking device to determine the location or movement of a person. However the definition of electronic tracking device is limited to a “device attached to a vehicle or other movable thing.” That does not appear to apply to software installed on a cell phone.