Search Site
Menu
Home / Blog / Is inability to work a particular job because of stress a disability?

Is inability to work a particular job because of stress a disability? 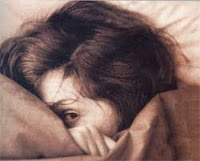 Employees frequently complain that they suffer stress symptoms from work. A supervisor makes an employee feel anxious. Dealing with customers all day gives another employee a headache. Working the night shift disrupts the digestive system. In such situations, it is not uncommon for the employee’s doctor to write a “work restriction” that the employee not be placed in situations that cause stress. “Jack is not to have any contact with Supervisor X.” “Jill must not be assigned to the night shift.” “Brooke should not be given any assignments that cause stress.” If the employer does not follow the doctor’s instructions, and gets sued, one of the issues will be whether the employee has a disability that must be accommodated.

The Third District of the California Court of Appeal has ruled that an inability to work under a particular supervisor because of anxiety and stress related to the supervisor’s standard oversight of job performance was not a disability. In Higgins-Williams v. Sutter Medical Foundation, Case No. C073677 (May 26, 2015), a clinical assistant told her doctor that she was stressed because of interactions at work with human resources and her manager. The doctor diagnosed adjustment disorder with anxiety, and stated that she could perform her job with no restrictions if she were transferred to a different department under a different manager. The Court of Appeal affirmed summary judgment for the employer on the employee’s disability claims because she could not prove that she had a disability.

The Third District relied on Hobson v. Raychem Corp. (1999) 73 Cal.App.4th 614, which reached a similar result in a disability case brought by an employee who claimed that she was stressed out by her supervisor. Reliance on Hobson is significant, because that decision had preceded the California Supreme Court’s announcement that a disability under California law was a condition that limited a major life activity. See Colmenares v. Braemar Country Club, Inc. (2003) 29 Cal.4th 1019. Before Colmenares, California courts had generally followed the federal substantially limits standard. Further, California had added a provision to the Fair Employment and Housing Act stating that working was a major life activity “regardless of whether the actual or perceived working limitation implicates a particular employment or a class or broad range of employments.” Cal. Gov’t Code section 12926.1. Higgins-Williams confirms the continuing validity of Hobson despite the changes in the law that have followed. For a recent unpublished decision that applies a similar approach, see Safari v. County of Los Angeles, Case No. B255142 (May 1, 2015).

Plaintiff, like anyone else, would like to hold a job as stress-free as possible. Traditionally, when an employee feels that a job is too stressful, she generally has three options: she first tries to obtain a reassignment with her employer; if that is not successful, she then either finds a less stressful job somewhere else or tries to stick it out with her current position. Plaintiff argues that the ADA provides a fourth option whereby she can insist that her employer transfer her to another position and can further dictate to her employer the one particular job that she will agree to hold, as well as the conditions under which she will perform that job.

Hopefully, in many work situations, the employer is willing and able to find another job more suited to an employee’s needs and skills whenever that employee has a job that is causing her to feel stress. An employer, however, is not required to reassign an employee to a less stressful job, absent a legal requirement to do so. This Court agrees with the magistrate judge that plaintiff’s particular stress is not a disability that legally mandates the employer to reassign plaintiff or offer her another accommodation.