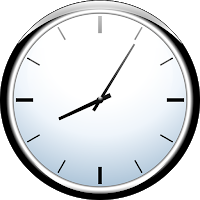 In Anderson v. Mt. Clemens Pottery Co., 328 U.S. 680 (1946), the U.S. Supreme Court ruled that insubstantial and insignificant amounts of time spent on preliminary work activities could be ignored in calculating whether an employee had worked more than 40 hours in a workweek. The U.S. Department of Labor adopted a regulation codifying this “de minimis” doctrine, which may be found at 29 C.F.R. § 785.47. It provides that “insubstantial or insignificant periods of time beyond the scheduled working hours, which cannot as a practical administrative matter be precisely recorded for payroll purposes, may be disregarded.” When applying that rule, federal courts consider “(1) the practical administrative difficulty of recording the additional time; (2) the aggregate amount of compensable time; and (3) the regularity of the additional work.” Using that analysis, most federal courts have found “daily periods of approximately 10 minutes de minimis even though otherwise compensable.” Lindow v. United States, 738 F.2d 1057 (9th Cir. 1984).

On an appeal from a federal district court’s grant of summary judgment on a state law unpaid wages claim based on the de minimis doctrine, the Ninth Circuit asked the California Supreme Court to determine whether the doctrine should be applied to wage claims under California law. (Rule 8.548 of the California Rules of Court authorizes the Supreme Court to respond to such inquiries.) According to the Ninth Circuit, the evidence in the case established that a Starbucks shift supervisor was required to perform various closing tasks after clocking out. Those tasks consumed 4 to 10 minutes each workday.

In Troester v. Starbucks Corporation, Case No. S234969 (July 26, 2018), the California Supreme Court ruled that California law does not permit application of the de minimis doctrine in the circumstances described by the Ninth Circuit. First, the Court determined that the applicable wage order and the California Labor Code contemplated that employees would be paid for all work performed, and did not incorporate a de minimis exception. In doing so, the Supreme Court expressly rejected the contrary position asserted in opinion letters issued by the California Labor Commissioner’s Division of Labor Standards Enforcement.

The Court went on to consider whether it should adopt a de minimis rule for wage claims, based on the legal maxim de minimis non curat lex (the law cares not for trifles), which is codified in California Civil Code section 3533. Although it did not rule out the application of that principle to some wage claims, it declined to apply it to the facts described by the Ninth Circuit.

An employer that requires its employees to work minutes off the clock on a regular basis or as a regular feature of the job may not evade the obligation to compensate the employee for that time by invoking the de minimis doctrine. As the facts here demonstrate, a few extra minutes of work each day can add up. According to the Ninth Circuit, Troester is seeking payment for 12 hours and 50 minutes of compensable work over a 17-month period, which amounts to $102.67 at a wage of $8 per hour. That is enough to pay a utility bill, buy a week of groceries, or cover a month of bus fares. What Starbucks calls “de minimis” is not de minimis at all to many ordinary people who work for hourly wages.