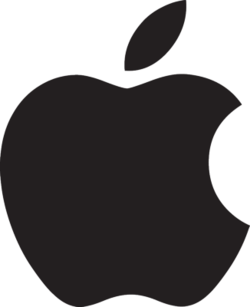 In response to a question from the United States Court of Appeals for the Ninth Circuit, the California Supreme Court has explained what the term “hours worked” means, as it is used in the California wage orders. The case involved a class action claim that Apple should pay its retail store employees for the time spent submitting to exit searches on departure from their work sites. The Supreme Court ruled that the time constituted hours worked, for which the employees had to be compensated. Frleking v. Apple, Inc., Case No. S243805 (Feb. 13, 2020).

Apple’s bag search policy states: “All personal packages and bags must be checked by a manager or security before leaving the store. All employees, including managers and Market Support employees, are subject to personal package and bag searches. Personal technology must be verified against your Personal Technology Card … during all bag searches. Failure to comply with this policy may lead to disciplinary action, up to and including termination.” Employees were required to clock out before submitting to an exit search. The time spent waiting and undergoing the search after clocking out ranged from five to 20 minutes.

The California wage orders require employers to pay their employees for all “hours worked,” defined as “the time during which an employee is subject to the control of an employer, and includes all the time the employee is suffered or permitted to work, whether or not required to do so.” Cal. Code Regs., tit. 8, § 11070. The definition establishes two different methods for determining whether time constitutes hours worked — control (which does not require that the employee actually be performing any work) and suffered or permitted to work (which may occur even when the employee is not under the employer’s control).

In Integrity Staffing Solutions, Inc. v. Busk, 574 U.S. 27 (2014) the U.S. Supreme Court ruled that time spent undergoing mandatory security screenings was not compensable under the federal Fair Labor Standards Act. That was not persuasive authority for interpreting the California wage orders, because it was decided under the federal  Portal-to-Portal Act of 1947, which had narrowed the definition of hours worked under the Fair Labor Standards Act. In response to the Portal-to-Portal Act, the California agency responsible for the wage orders amended its definition to include time during which an employee is subject to the control of the employer.

Because Apple required its employees to remain on the premises while undergoing exit searches on pain of possible discipline, the employees were clearly subject to Apple’s control. The Supreme Court rejected Apple’s argument that the employees were not subject to its control, because they could avoid the searches by choosing not to bring bags or packages to work, as “far-fetched and untenable.”

The Court also rejected Apple’s assertion that the ruling should be made prospective only. The general rule is that judicial decisions are given retroactive effect. Although retroactive effect may be denied where a decision changes an established rule that litigants have relied on, that was not the case here.