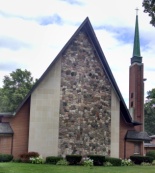 Not all employment laws are enforceable against religious institutions — some laws are made inapplicable by their terms, other have been held unenforceable on freedom of religion grounds.

The two anti-discrimination laws that apply to California employers contain express exemptions for religious organizations. The federal law –Title VII of the Civil Rights Act of 1964 — does not apply to “to a religious corporation, association, educational institution, or society with respect to the employment of individuals of a particular religion to perform work connected with the carrying on by such corporation, association, educational institution, or society of its activities.” 42 U.S.C. § 2000e-1(a). Courts construe the exemption narrowly to determine whether an organization’s purpose and character are primarily religious. In a recent case, the Ninth Circuit held that the exemption barred religion-based harassment and retaliation claims against the Salvation Army. Garcia v. Salvation Army, Case No. 16-16827 (9th Cir. Mar. 18, 2019). The provision does not exempt religious institutions from claims based on other protected characteristics. See EEOC v. Pacific Press Pub. Assoc., 676 F.2d 1272 (9th Cir. 1982).

California’s Fair Employment and Housing Act also contains an exemption for religious organizations. It provides that an “employer” under the FEHA “does not include a religious association or corporation not organized for private profit.” Cal. Gov. Code, § 12926 (d). Unlike the Title VII exemption, the FEHA’s exemption of religious organizations insulates qualifying religious employers from not merely religious discrimination liability but all forms of FEHA liability. Silo v. CHW Med. Found. (2002) 27 Cal.4th 1097, 1108, fn. 2.

Ministerial Exemption under the First Amendment

The First Amendment guarantee of the right to the free exercise of religion limits the application of any employment law (even one that does not have an express religious exemption) to religious institutions in certain circumstances. As explained by the United States Supreme Court in Hosanna-Tabor Evangelical Lutheran Church and School v. EEOC, 565 US 171 (2012):

We agree that there is such a ministerial exception. The members of a religious group put their faith in the hands of their ministers. Requiring a church to accept or retain an unwanted minister, or punishing a church for failing to do so, intrudes upon more than a mere employment decision. Such action interferes with the internal governance of the church, depriving the church of control over the selection of those who will personify its beliefs. By imposing an unwanted minister, the state infringes the Free Exercise Clause, which protects a religious group’s right to shape its own faith and mission through its appointments. According the state the power to determine which individuals will minister to the faithful also violates the Establishment Clause, which prohibits government involvement in such ecclesiastical decisions.

A recent opinion letter from the U.S. Labor Department’s Wage and Hour Division explains the application of the ministerial exemption to the provisions of the Fair Labor Standards Act. The members of a religious organization gave all their personal property and funds to their community when they joined the organization. When they joined, they worked for the community by cultivating its farms and gardens, and providing services to its schools, kitchens and laundries. Those with professional training provided dental and medical care. Some of the community’s members made devices for disabled individuals and wood furniture that the community sold to outsiders to generate income. The Division opined that all the members of the community could be considered ministers, and, therefore, were exempt from the protections of the FLSA. See Opinion FLSA2018-29.

Because the Hosanna-Tabor decision is based on the U.S. Constitution, California courts must follow it. In a recent case, the Third District Court of Appeal in Sacramento identified a claim that was not barred by the ministerial exemption. After the provost terminated her employment, the dean of Tozer Seminary sued for breach of contract, defamation, invasion of privacy and intentional infliction of emotional distress. Although the seminary was a religious organization and the dean could be considered a minister, she could pursue her contract claim, because it would not result in excessive government entanglement with religion. The court would only have to determine whether the university had complied with the terms of the written contract with the dean. Sumner v. Simpson University, 27 Cal.App.5th 577 (2018). The tort claims were barred because they would intrude on the reasoning of the university in deciding to terminate the dean’s employment.